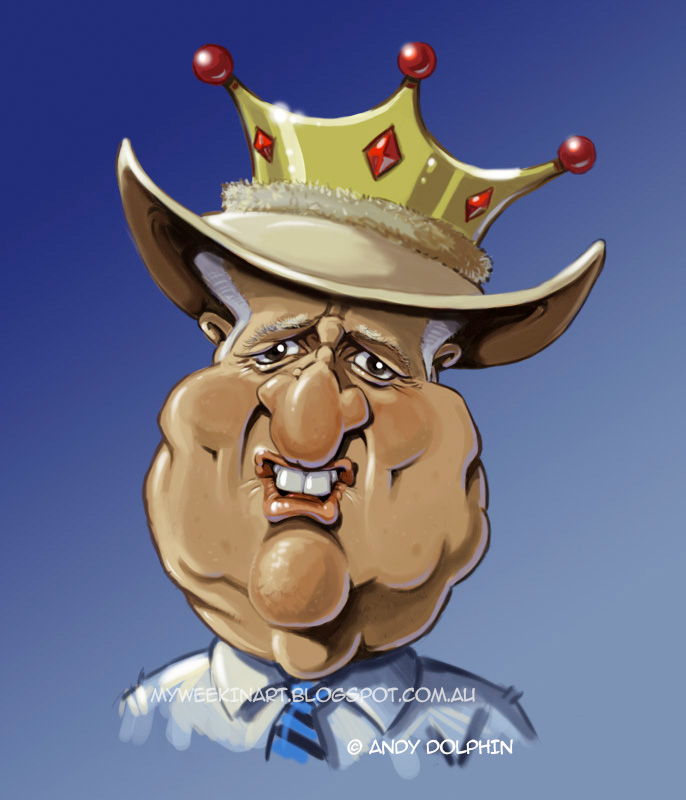 As Australia waits to find out the identity of it’s next Prime Minister – the 15th in about six years, I think – one man stands out from the crowd.

Famed for owning an Akubra for almost any occasion, Bob ventured out today and threw one of those many hats into the ring to help bring an end to the federal election count, some time before Christmas.

While some in the mainstream media have entertained the idea that Bob could become something of a kingmaker in a hung parliament, I think that after today’s chat with the press he’s looking more like he wants to be King.

I recently polished the drawing surface of my Wacom Intuos Pro (because I found it to be unusable with the nib-eating sandpaper surface Wacom gave it) and it is now a beautiful thing to behold… so I used that to draw the caricature on a 27″ iMac and captured the action with Quicktime while I was at it.

You can watch the time-lapse caricature drawing on my Youtube channel.