With his high forehead, sunken eyes, thin ears and flat profile, Turnbull looks like he’d be easy to caricature – but he’s not. I’m only a hobbyist so I don’t expect these things to be easy, but Google “Malcolm Turnbull caricature” and you won’t find many that hit the mark despite him being a very prominent politician for many years.

I did this one mostly from memory, after last night’s drawing, then watching him on TV today and checking out some photos to see what stood out.

So here he is, Malcom Turnbull, Australia’s fourth prime minister in less than three years… 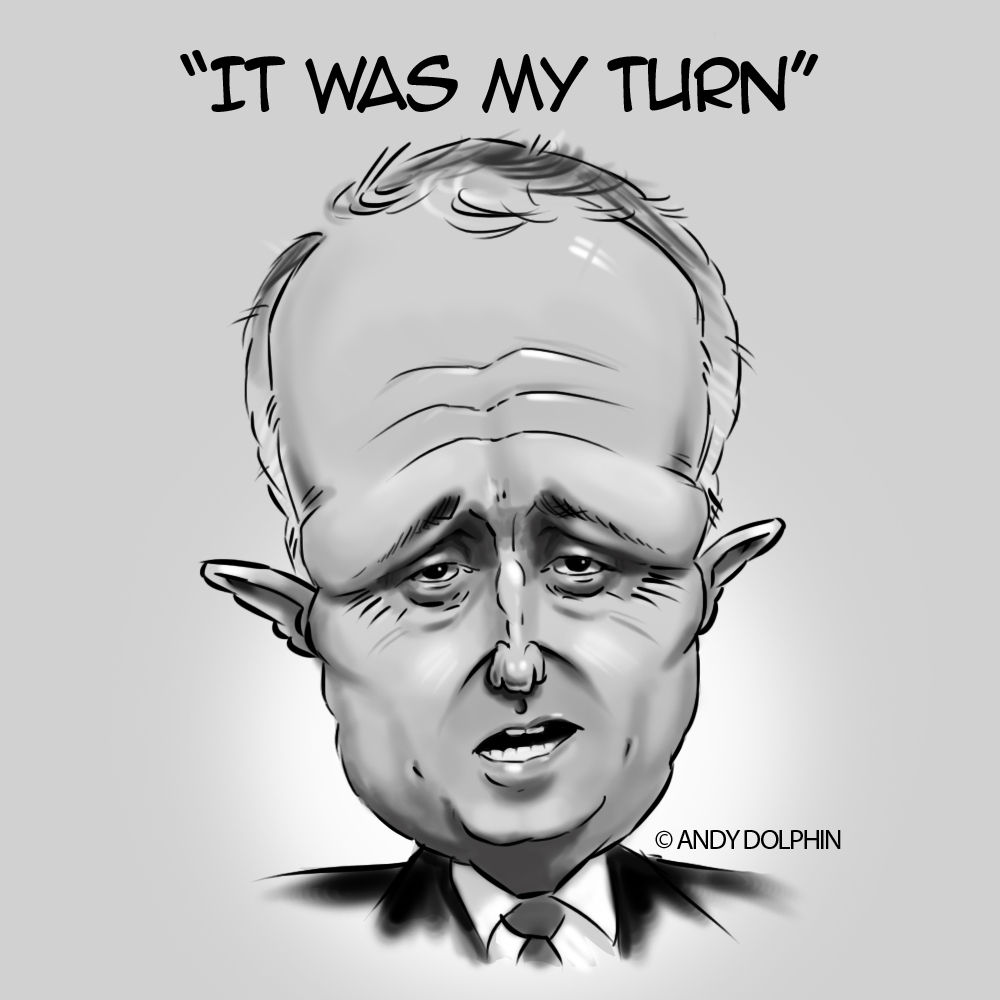